Hopevale Church formed in Saginaw Township in 1959. Since then, it’s grown and expanded, adding a Bay City campus in 2018. Earlier this year, the church hired Campus Pastor Nate Murray to serve in Bay County. Murray has big plans for the church to serve the community, beginning with a food distribution later this month.

Murray grew up in St. Louis, Missouri and is a third-generation pastor after his father and grandfather. Despite his background, Murray rebelled from the ministry at first.

“I had zero interest in it,” he says. “But I did have opportunities to go on mission trips overseas through high school and college. I think through that Jesus really got a hold of me.”

After earning several hours at Dallas Seminary, Murray went on to become a Community Pastor at Bent Tree Fellowship in Frisco, Texas and served there for close to 20 years. One day, he was approached by fellow campus pastor Paul Miller about an opening in Bay City. 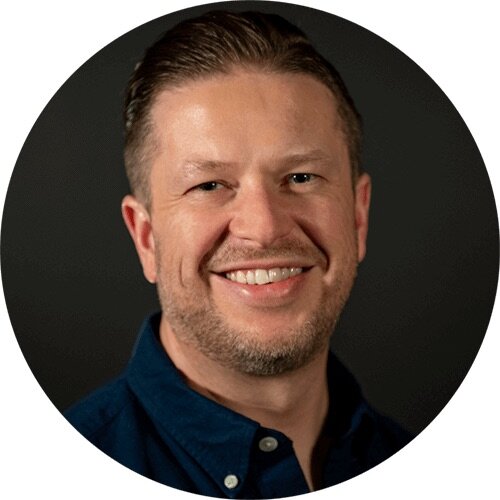 Nate Murray“He had been telling me he moved to Texas from Michigan and had always talked about how good Michigan was,” Murray says. Miller moved back to Michigan and is now the Executive Pastor for Hopevale Church, and Murray visited Bay City to get a feel for the area.

During that visit earlier this year, Murray and his family fell in love with the people and community of Bay City, saying it was a spiritual decision to relocate here.

“We just felt called here first and foremost. Part of that was getting to know the leadership at Hopevale and their thinking and approach towards what the church is meant to be,” Murray says. “The waitresses we met in restaurants, the clerks from different stores, and the people in the hotel, and some of the people that we met in the church—that was our experience.”

Murray describes people in the upper Midwest as open-hearted, and willing to do anything for others, “I don’t know if people that have lived here their whole life understand it’s special and that it’s different.”

Murray made the move north earlier in the year. Since acclimating, he and his family say they have had fun exploring Bay City and Michigan. They’ve shopped downtown and Uptown while trying local restaurants. They’ve also traveled throughout the state.

“We’ve been to Ludington, We’ve been to Traverse City, Oscoda, and we’ve tried to explore as much as we could with the restrictions that were in place but we’ve loved the summer here,” he says. “I think the people of the Great Lakes Bay Region are its biggest treasure. It’s been fun getting to know everyone.”

He also wants to use the church to help those people.

“With the latest data we are at 13.6% of Bay County residents that are food insecure,” says United Way Associate Director Nicole Luczak. “But that was collected prior to the COVID-19 pandemic so certainly it has grown.”

The 13.6% figure represents over 14,000 people in Bay County who do not know where their next meal will come from. “

“Those are people we know, our neighbors, co-workers, etc. It’s scary,” says Luczak. “We need our community to come together and make one solidified effort to address the gaps and needs identified. We are definitely stronger together.”

One of the immediate projects in this partnership is a holiday giveaway.

“In partnership with Hopevale, I’m getting holiday food boxes from the Food Bank of Eastern Michigan that are enough food to feed families of 3 to 5 people,” Luzcak says.

“We are working with other partners such as the YMCA. They are doing a personal hygiene care drive, so they’re going to supplement our holiday giveaway that will have the food boxes, they’ll have personal hygiene items to donate to that, and St. Vincent De Paul is donating some winter weather gear like hats and mittens and gloves,” Luzcak says.

The aim is to target ALICE families which make up 29% of Bay County’s population. The holiday giveaway is scheduled for Dec. 18, and those interested must call the United Way of Bay County to pre-register as spots are limited. 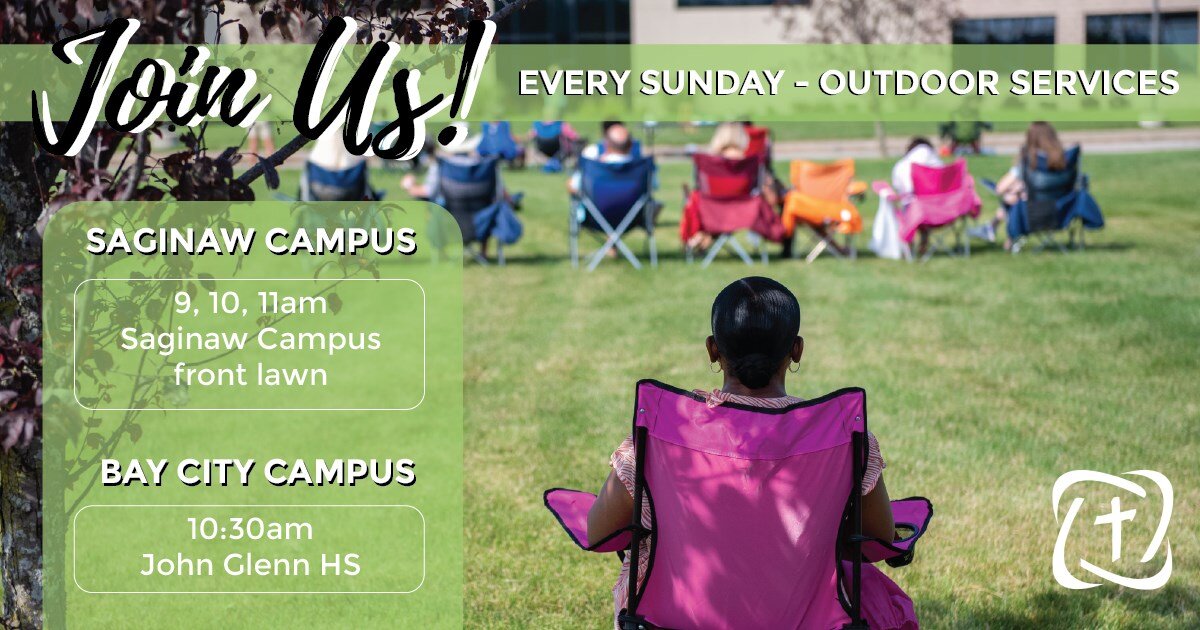 When weather permitted, Hopevale Church held services outside.Luzcak mentions that anyone in need of any form of assistance should call 211 for more information.

Murray hopes that through these partnerships he can mobilize the church to tackle community issues.

“I’m really excited about some of the things that God’s doing,” Murray says. “I think part of the reason he has a big plan for Hopevale in Bay City is not only are we going to end up with a really exciting place to gather, but also a place that will make Bay City better than it already is.”

For now, the church uses the theater inside John Glenn High School and gathers on Sundays at 10:30 a.m., fully adhering to current social distancing guidelines, including virtual services when they are necessary.

As the church grows, he would like to see a permanent location used by the community for more than just worship purposes. Although not picked out quite yet, Hopevale would like to use something that already exists rather than buying new.

“We want our facility to be enjoyed by the entire community all week long,” he says. “We don’t want to be a church that just gathers on Sunday mornings and then our building sits empty the other 6 ½ days of the week.”